Light rail chaos: How Metrolinx is learning from Ottawa

The trains that plagued Ottawa’s new light-rail line will be hitting the Greater Toronto Area streets in the coming years, according to Metrolinx. 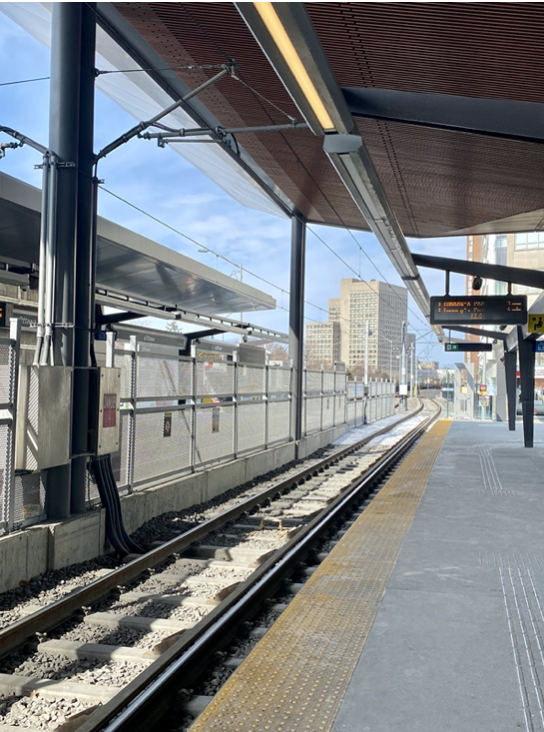 The Alstom Citadis Spirit trains currently run east to west on Ottawa’s 12.5-kilometre O-Train Confederation Line. The system has been facing multiple mechanical and signal issues like jammed doors, insufficient heating systems and switch failures causing major delays and disruptions for commuters, ever since it began service on Sept. 14, 2019.

The most recent major disruption was on Feb. 26 during rush hour just before 5 p.m. A section of the overhead power supply had come loose and forced trains east of St. Laurent station to stop completely, said in an OC Transpo tweet. On the same night, a train stalled at uOttawa station on the westbound platform, causing commuters to evacuate and stand outside waiting for buses in snowy conditions.

Ottawa resident Logan Dohar said that he is “not surprised at all” but did say that OC Transpo has “had their hands tied lately.”

“They [OC Transpo] aren’t the system maintenance, they mainly run the trains,” Dohar said. “I think they could try to do more to get RTG (Rideau Transit Group) in gear and do their job.”

According to OC Transpo’s website, the Confederation Line was built to replace multiple bus routes in the downtown core. The Confederation Line was originally supposed to run with 15 trains plus two spares. But they reduced that to just 13 trains during peak hours. However, because of mechanical issues, only seven to nine trains have been operational during peak hours.

To offset any delays that the shortage of trains may have caused, express buses were added to run the entire length of the line and also between stations during service disruptions.

Passengers exit the train on the eastbound platform at uOttawa station on March 8, 2020. (Matthew Chong, 2020)

After multiple requests, the mayor’s office declined our request for an interview and instead directed us to OC Transpo general manager John Manconi.

Manconi did not respond to interview requests. Neither did Troy Charter, OC Transpo’s director of operations. A representative from the City of Ottawa media relations team sent an email statement regarding our interview request. They instead directed us to the city’s website Ottawa.ca for all of the latest news releases and council updates about the light rail line.

In an email statement, Metrolinx spokesperson Nitish Bissonauth said that vehicles will be “operating in Ottawa for approximately two to three years before being introduced to the Hurontario and Finch West LRT lines.”

“Metrolinx and Alstom will be the beneficiaries of lessons learned,” the statement read. “Any issues being identified in Ottawa are being addressed during the design reviews and discussions.” 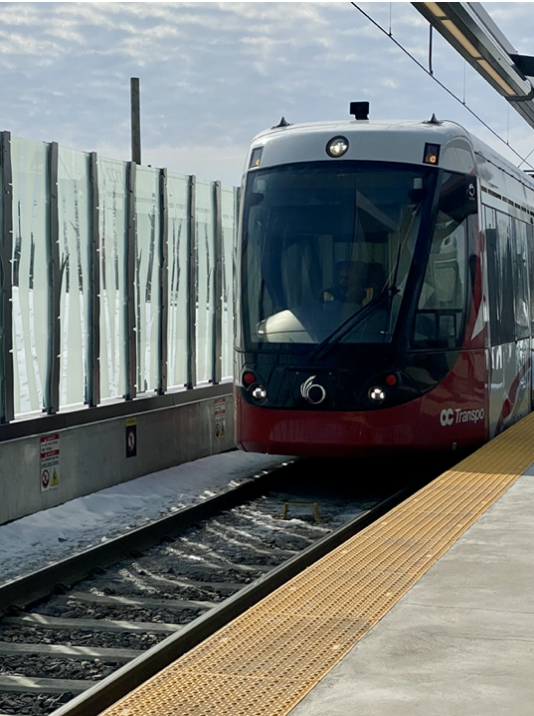 An Alstom Citadis Spirit train arriving on the eastbound platform at Pimisi station in Ottawa on March 8, 2020. (Matthew Chong, 2020)

Ottawa purchased 34 Alstom Citadis Spirit train vehicles with an additional 38 vehicles for the second phase of the Confederation Line.

On May 12, 2017, Metrolinx released a statement announcing that they had purchased 61 Alstom vehicles for the Finch West and Hurontario LRT lines.

According to Metrolinx’s website, Humber College’s north campus will serve as the western terminus for the new LRT line and will connect riders to Finch West subway station.

For more information on the new light rail lines scheduled to go into service in the GTA, visit the Finch West LRT website or the Hurontario LRT website.