The Revival of Vinyl

The Rise of Vinyl

Vinyl records have always been the best way to listen to music, but only recently with the explosion of bringing back vintage that it’s made its mark. Consistently over the past 5 years vinyl has risen to become a major force in the music business even with streaming being easily accessible.

The growth of music streaming and dominance of digital platforms clearly shows that music consumption is higher than ever. This is great for both fans and artists. More music is being discovered by new fans everyday thanks to endless catalogues being readily available on streaming services. The challenge that exists is physical shipments and digital downloads – two of the industry’s three main revenue sources – continued to decline in 2016 and are on pace to in 2017 as well.

Physical music sales only account for 21% of the revenue from the past year. There continues to be a decline in almost every physical copy and digital download format besides vinyl. Vinyl albums were up 4% to $430 million and comprised 26% of the total physical shipments. This is their highest share since 1985, thus proving that vinyl is here to stay.

Not only are those obsessed with everything vintage buying up vinyl whenever they can, but also music lovers are more adamant than ever about the quality that vinyl possesses. Vinyl is special because there isn’t one set point that makes the sounds so distinct. Between the sound quality, nostalgia, collectability and overall experience that it takes to listen to an LP, there’s surely no other way you’d want to hear music.

The immediate engagement when holding a record for the first time and seeing the artwork is an experience in itself. After finding that hidden gem that’s been escaping your collection, listening to it can be even more rewarding.

Being able to experience an LP from front to back is special. The process of pulling it out of the sleeve feels more gratifying. By taking the time to listen you’re fully immersed in the album the moment you put the needle onto the record. There are no distractions. Having to flip the record over actually keeps people interested in listening.

Personally I enjoy listening to vinyl as opposed to digital because of the stories used LPs possess. Visioning what it was like to listen to A Hard Day’s Night for the first time during its release decades before it made its way to you could lead down an endless path of imagination. There’s a certain mystery that adds onto the excitement of someone enjoying a record before you did.

We now live in a world where everyone is constantly on the go and streaming music fits into that lifestyle. Streaming is not the same commitment that buying physical copies of music is. The conceptual idea of streaming is great. Discovering a new artist on Spotify should then lead you to buying their music in stores. And most people do this, but with how huge streaming has gotten – despite vinyl making a comeback – buying music seems like a thing of the past.

Vinyl Record Stores in the GTA

Although vinyl has made an increasing comeback over the last 8 years, streaming has reached an all-time high. As of 2016, streaming music has become 51% of the U.S. music industries revenue, that’s up from being 9% of the market in 2011.

Spotify is probably the most common music streaming site due to the optional subscription fee. If you don’t sign up for the premium service you have to endure advertisements every 30 minutes, which is how they make part of their profit. Overall Spotify has over 140 million monthly listeners, 60 million of those are paid subscribers.

Spotify is a great tool for discovering new artists and being able to listen to their catalogues without having to look extremely hard for it. The problem is how much the actual artist is getting paid. Although Spotify has been around for a while, a definite number per stream that artists get paid is still wildly unknown, but it does range in between $0.0011 and $0.006.

To put that into perspective, Drake was the most listened to artist of 2016 thanks to his album Views and hit song “Work” ft. Rihanna. Overall he was streamed over 1.8 billion times and made a total of around $15 million from Spotify. Rihanna was the most streamed female artist with over 1 billion streams and earned around $8 million.

If these massively successful artists are only making around $10 million for getting streamed over a billion times, lesser-known artists are getting hardly anything in comparison. It benefits if your song becomes a hit because you’ll be paid accordingly, but does it really help an artist succeed.

Former Oasis member, Noel Gallagher recently said in an interview, “I’m glad I lived through the 90s where records and CDs and all that meant something to people. Now it’s just entertainment and the music reflects that. But, the music business now is you know people don’t own anything, they rent it. You rent music from Spotify, but you don’t rent it from me. So, I don’t know I struggle with it, the streaming thing. It’s ensured that there’s more younger people at my concerts right, but I’d rather they bought records.”

Even as a well-established artist like Gallagher understands streaming to a degree. Spotify helps ensure a younger audience can reach his music, but it doesn’t benefit the artist as directly that buying music does. He went on to say that although he has dedicated fans that prefer to buy music, other artists don’t have that same luxury and need a place like Spotify to get their music out.

Apple Music and Tidal are the other two main streaming services available. Apple Music, Tidal Premium and Spotify Premium all cost $9.99/month, what’s different is how much they’re paying artists back. Apple Music has ensured that a total of around 72% of their revenue will go to the people who own the complete sound recordings and the people who own the publishing rights to the underlying compositions of the songs. Tidal has two subscription options, Premium and HiFi, which costs $19.99/month. They dole out 75% of subscription fees are paid back to record labels for individual artist and songwriter distribution. To compare, Tidal pays $0.007 per stream and artists would only need to be streamed 180,000 times on the service to make a monthly minimum wage as compared to Spotify’s 1,400,000.

In order to support artists it is ultimately better to buy physical versions of their music. With the never-ending rise of streaming buying music has become a thing of the past; even with the strong force buying vinyl has made over the last few years.

With the continuous rise of streaming, buying physical music seems like it will turn into a thing of the past. Regardless, some artists still manage to sell more physical copies than they do streams and that “iconic” rock albums consistently have strong vinyl sales each year.

The Beatles’ Sgt. Pepper’s Lonely Hearts Club Band became the top selling vinyl album of 2017 selling over 40,000 copies. The band recently celebrated the album turning 50 by re-releasing a special anniversary edition, with remastered sound and new takes never been heard before. Year after year the Beatles continue to rank in the top 5 in vinyl sales with other well-known albums like Abbey Road and The Beatles, despite being inactive for almost 50 years.

Liam Gallagher set a new vinyl record with 16,000 copies sold in the U.K. As You Were snagged Liam the #1 spot and the biggest one-week vinyl sales in over 20 years.

Noel Gallagher’s High Flying Birds’ third album Who Built The Moon? sold 78,000 across physical, downloads and streaming equivalent sales to reach #1 in the U.K. 76% of its first week sales were from physical CD or vinyl purchases.

Artists like Prince, David Bowie and Glenn Frey all saw a rise in album sales after their deaths in 2016.

Fleetwood Mac’s Rumours, Pink Floyd’s The Dark Side of the Moon, Radiohead’s OK Computer and Amy Winehouse’s Back To Black are just a few of the albums that have stood the test of time and remain in top 10 vinyl lists almost every year.

The captivating thing about vinyl is that everyone who listens to it has a different reason why. Although it did disappear for a little while during the rise of CDs and digital listening platforms, it’s still one of the better ways to listen to music.

When the bi-annual Toronto Vintage Market rolled into town this fall I knew I needed to go for a visit. Over 8,000 Toronto vintage and antique lovers browse through different vendors the market offers each year.

In April of this year I decided to start collecting records of my favourite albums. Although I may not be a “serious collector,” but I’ve accumulated over 50 albums and multiple 45s old and new.

The Beatles are easily my favourite band and I love most of their solo work that I’ve listened to as well. Slowly, but surely I’ve collected most of my beloved albums and other odds and ends that I’ve discovered along the way.

Microforum Services Group is a professional replication and duplication company providing services for digital storage and recordable media formats including:

Microforum has slowly gotten back into the vinyl pressing business over the last couple of years due to the resurgence of people buying vinyl records. They have brand new, state-of-the-art machines created by Viral Technologies that give them the edge over other vinyl pressing plants. Most companies are using machines 40-50 years old and haven’t been reused until only recently. These fully automated record presses use cutting-edge, modern technology to improve the vinyl manufacturing process.

“If there is an issue the press can dilate itself and tell you where the problems are happening. It is literally record pressing in the 21st century. And we’re the first plant to be commercially operating with these presses. What is very unique, and again very proud from a Canadian standpoint is that now record plants from across North America and indeed across the world are interested in these presses,” said Aine Guiney, sales and marketing manager at Microforum.

As of right now Microforum offers plain black and coloured 12” vinyl as well as prints jackets and inner sleeves. Starting in 2018 they will be expanding to also pressing 10” and 7” records.

Vinyl recently has been a very important part in preserving physical album sales from becoming non-existent. Over the last year vinyl has been one of the only physical copies of music to go up in sales as opposed to dropping.

Overall rock generates the most physical sales between the genres despite it being a “dying genre” in the digitalized era. This tends to be because of the amount of iconic rock artists we’ve had in the past. Selling so many physical copies of albums and singles continues to benefit these artists even after their deaths and ultimately adding to their legacy even more. 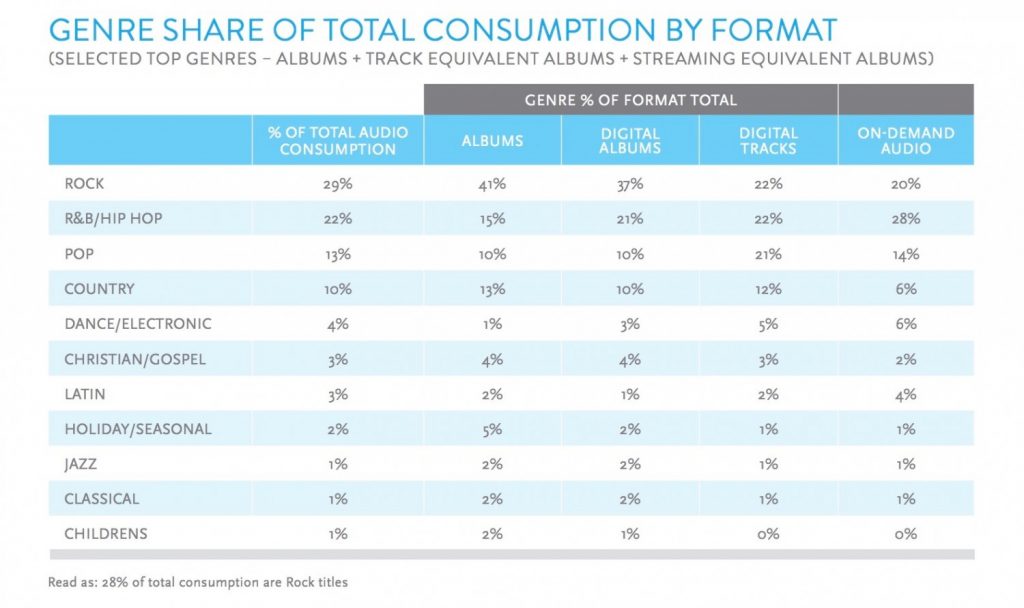 Where to get your coffee near campus during the pandemic

‘I have today’: How a drug addict turned his life around and became a sober coach

Pining for a beach vacation? Here are five staycation spots you can still sport your swimsuit… or snow pants